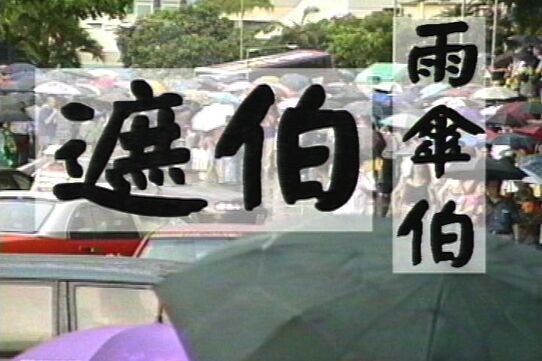 Friends and acquaintances called him Umbrella Boy when he started his business.  After repairing umbrellas on the same city block for over fifty years, he is Uncle Umbrella, a man who has earned the respect and affection of his neighbors and customers.

Hong Kong is a throw-away society.  When it rains, umbrellas are discarded everywhere and some  of them are not even broken.  Hong Kong is also a society of conservationists, stubbornly holding on to values seemingly incongruous with its modern façade.  In a land where new umbrellas in department stores often cost less than an umbrella repair, Uncle Umbrella is at once an anachronism in a culture of consumption and an embodiment of Hong Kong's amazing ability to assimilate the old and the new.  In the humble act of tinkering with torn fabric and rusted metal, he represents a way of life challenged by the forces of modernity.  Uncle Umbrella and his customers are partners in a quest for that fabled province where past and present, East and West converge.

Uncle Umbrella was filmed during the reunification of Hong Kong and mainland China, on July 1, 1997, and during the prior week. 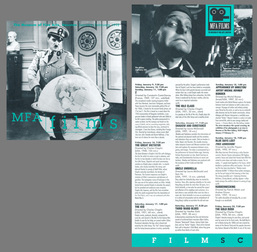