The Wonderful Stone is an interpretation of the Reunification of Hong Kong with China that occurred at midnight on June 30, 1997.  To witness the Reunification and to shoot a documentary of the events, Laurie traveled to Hong Kong, arriving with one set of expectations and leaving with an entirely different view of China, xenophobia, and the self-serving agenda of the Western press.  While expecting to be swept up in the excitement and chaos of pro-democracy demonstrations and resistance efforts aimed at “thousands” of Chinese troops, Laurie experienced an event that one interviewee described as “an excuse for a great big party.”  There was the conspicuous absence of troops and a guarded excitement among the Hong Kong people about the prospect of being released from their second-class citizenship bestowed by the British ninety-nine years earlier.  Fireworks and a parade of larger-than-life floating lanterns in Hong Kong harbor helped usher in the new era, but when the actual handover moment arrived, it was not the catharsis expected, echoing the saying of Lao Tzu, ”conduct your triumph as a funeral.”

The Wonderful Stone incorporates images recorded from Chinese television of Reunification events, video Laurie shot of a face-reading fortune teller,
​a photographic mural, a large stone, text, an image of the Goddess of Democracy, which was the sculptural symbol of freedom erected by the students at Tiananmen Square in 1989, and a reproduction of the Lo Shu magic square, which is an important design template and symbolic system used by the Chinese as a basis for feng shui, the art of harmonious arrangement of space.  “The Lo Shu magic square was discovered by the Chinese over three thousand years ago.  The even, or female numbers are placed in the corners, while the odd, male numbers are at the cardinal points and at the centre.  Add the numbers up in any line and they come to fifteen....”(1) A possible explanation of the significance of the number fifteen is that 15 = 7 + 8, and in Chinese belief, seven is an unlucky number and eight is a lucky number.  So the number fifteen represents the balance between opposites: lucky/unlucky, yin/yang, communism/capitalism, East/West.  The outside perimeter of the magic square corresponds with the months of the year (see diagram), and June and July (the months in which the Reunification took place) share square number two.  As Claude Lévi-Strauss has stated, “[A] grid makes it possible to introduce divisions and contrasts, in other words the formal conditions necessary for a significant message to be conveyed.”(2)  The grid lines symbolize these divisions and also the transition from the ancient Chinese order to a blend of communism and democracy; a blurring of boundaries that were seemingly rigid.  As the Lo Shu magic square is a symbol of the potential for unity of opposites, each component of The Wonderful Stone, in their relative isolation from each other as visuals, forces the issue of unity in their juxtaposition.

The text for The Wonderful Stone is a re-working of an ancient Chinese story also entitled "The Wonderful Stone".  The story works as a paradigm for the appropriation of Hong Kong by the British, the stone being the metaphor for the island of Hong Kong.  The juxtaposition of the Marlboro billboard and China’s fortune cookie wish for Hong Kong’s future, the first image the viewer sees when entering mainland China from the northern-most area of Hong Kong, underscores the duality of capitalism and communism that exists in China, echoes the late Deng Xiaoping’s famous exhortation “to get rich is glorious,” and is a literal meeting of East and West. 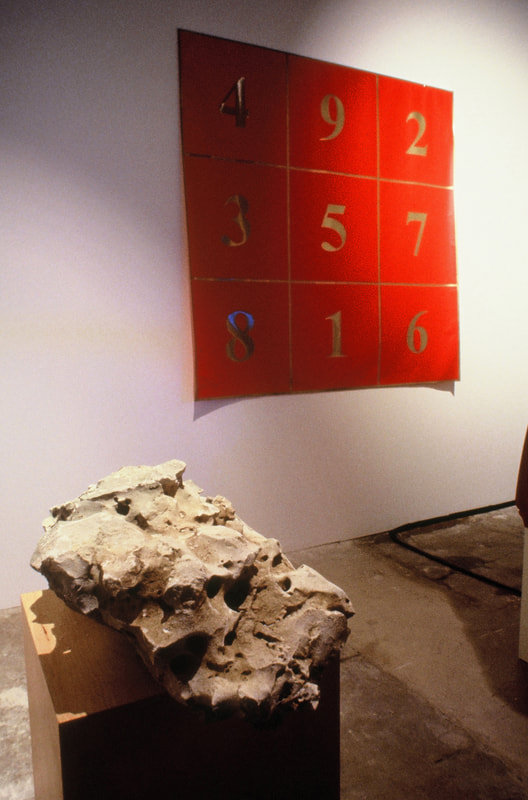 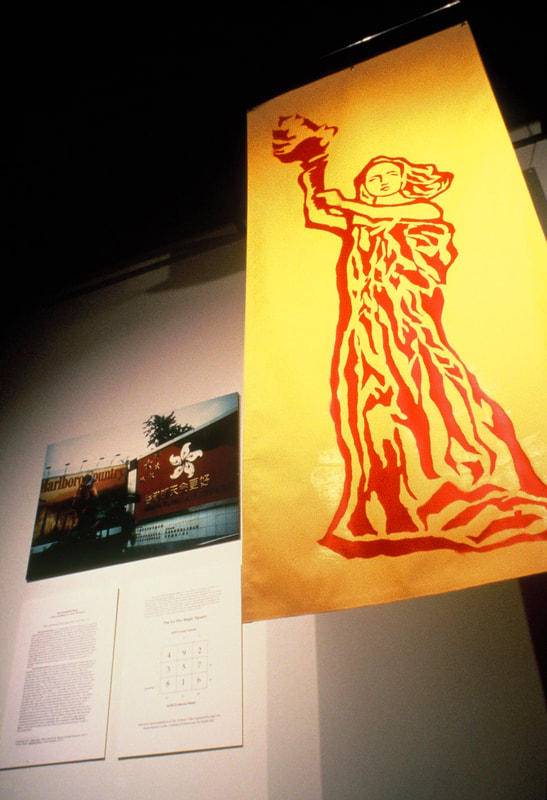 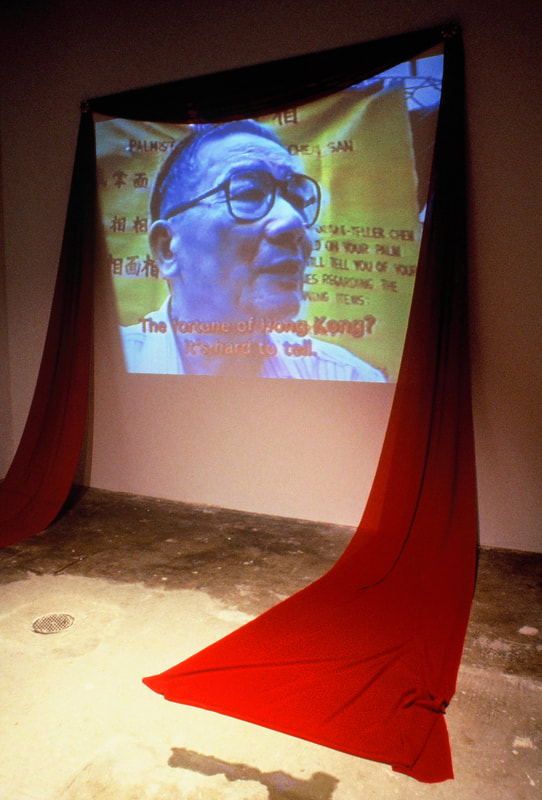 The Wonderful Stone - the story

On a ship that sailed the south China sea, a man named Sir Charles Elliot was poised at the helm.  Sir Charles, a plenipotentiary of the Queen of England, led a vainglorious and destructive life.  He and his countrymen were engaged in the odious trade of selling the extract of a beautiful flower that made whomever ingested it very lethargic and very sick.   He was in the practice of exporting it from East India to China, and he became a very rich man as a result.

Sir Charles was also an amateur mineralogist and would pay any price for a good specimen.  One day as he was fishing in the sea, something caught in his net, and diving down, he found a precious stone.  Having had an elegant sandalwood stand made for it, he set his prize upon the table in the inner room, which was windowless, in his house upon the shore.  The stone was wonderful.  Whenever it was about to rain, clouds would come forth from each of the holes or grottoes in the stone and appear to close up the holes.  Then the clouds would clear away and a tiny rainbow would reach from end to end.  Sir Charles’ men guarded the room day and night but were never told what it was they were guarding, and he returned to his ship.

By and by an influential personage named Zhou called at the house and begged to see the stone.  This man was a leader of the people under the influence of the beautiful flower.  Under strict instructions not to show the inner room to anyone, a clever guard replied that Sir Charles had misplaced the stone long ago.  “Isn’t it there in the inner room?” said Zhou, smiling.  There was no way for him to know it was there, unless the stone itself could communicate with the leader.  “Walk in and see for yourself, another guard foolishly replied.  Just as Zhou pushed past the guards and burst into the inner room, Sir Charles walked in, having returned from an arduous trip across the vast sea.  The situation took Sir Charles very much aback, and Zhou then laid his hand upon the stone and said, “This is an old family relic of mine: I lost it many months since.  How does it come to be here?  I pray you, restore it to me.”  Sir Charles didn’t know what to say, but declared he was the owner of the stone; upon which Zhou remarked, “If it is truly yours, what evidence can you bring to prove it?”  Sir Charles made no reply, and Zhou continued, “To show you that I know this stone, I will tell you that it has altogether ninety-nine grottoes, and that in the largest of these are eight words: The day we have dreamed about will come.

Sir Charles looked and found that there were actually ninety-nine grottoes and some small characters, no larger than grains of rice, in the largest one, but he could not read the characters because they were a language he did not understand.  However, Sir Charles would not give Zhou the stone, and Zhou laughed and asked, “Pray, what right have you to keep other people’s things?”  He then bowed and in a lightning-fast move, he scooped the stone up in his arms and hoisted it above his head, like he was going to smash it on the ground.  But of course, his actions were just for show.  “Is it yours or mine?” asked Zhou.  “Of course it is yours, replied Sir Charles, “but I hope you will consent to deny yourself the pleasure of keeping it.”  “The jewels of this world,” observed Zhou, “should only be given to those who know how to take care of them.”