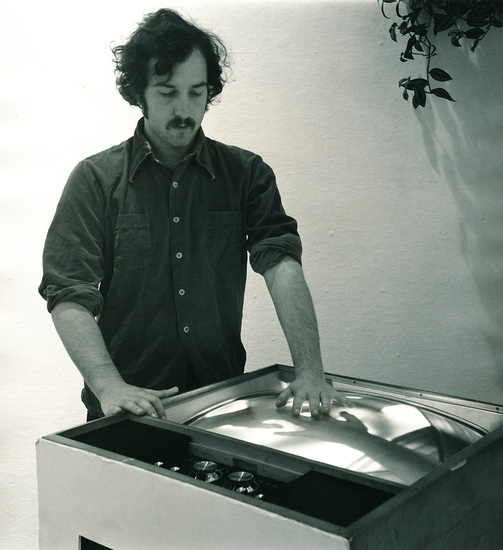 The Video Maze was an exhibition of participatory video sculpture engaging the museum-goer in various perceptual situations that could only exist in video space.  Constructed literally as a maze, the gallery was organized into spaces of various sizes and shapes, integrating different video processes with the participation of the viewer, using the video monitor to exhibit the end product.  Upon entering the maze, the viewer saw a monitor and camera in a "video feedback" configuration; i.e., a camera seeing itself in a monitor and replicating the image, much like
two mirrors that face each other.  In all, eight interactive situations or modules were installed in the gallery.

In another area of the gallery, a gaudy gilded frame and red velvet mat
framed a truncated pyramid, its interior faces covered in reflective Mylar.  The smaller opening of the pyramid rested against a video monitor that displayed the image of the viewer, and when the viewer looked into the larger opening, the image of his/her face was transformed into a kaleidoscopic pattern.

Whimsically, viewers were encouraged to dunk for apples in a tub that contained a hydrophone, or underwater microphone. The sometimes chaotic and violent sounds were amplified and sent to audio monitors installed elsewhere in the gallery.