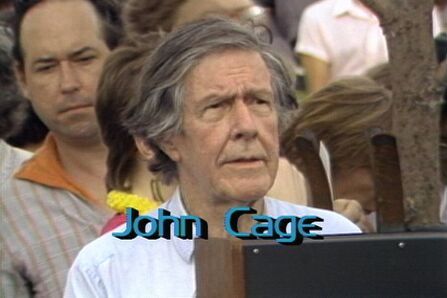 When a handful of composers and musicians staged a week-long festival in New York in 1979, they had little idea how large an audience "new music" would attract.  Thousands of people stood in line for hours for a chance to crowd into performances, and since that time, New Music American traveled the United States, settling in a different city each year.  Featured in the video, shot in Houston, Texas, in 1986, are members of an internationally recognized music community including John Cage, R.I.P. Hayman, Pat Oleszko, and Stellarc.