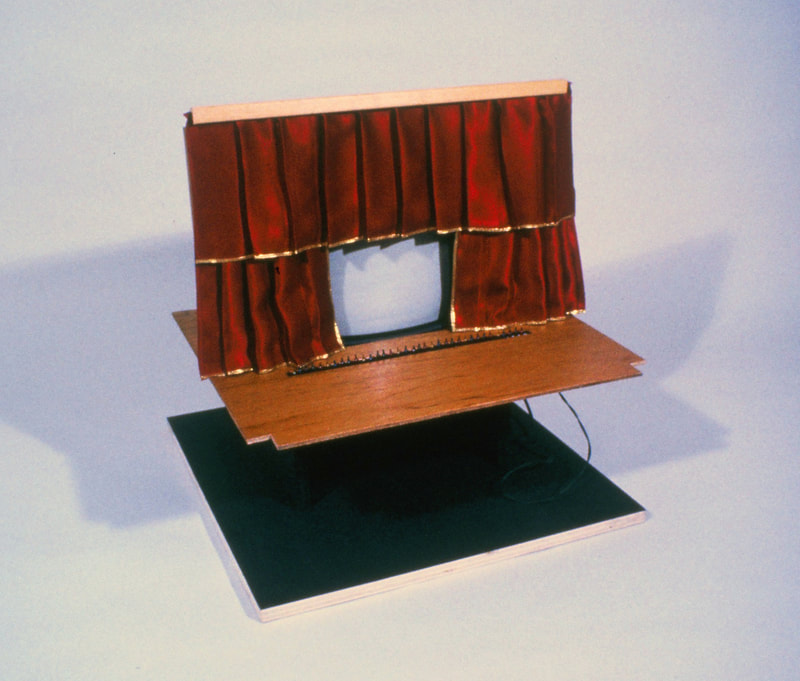 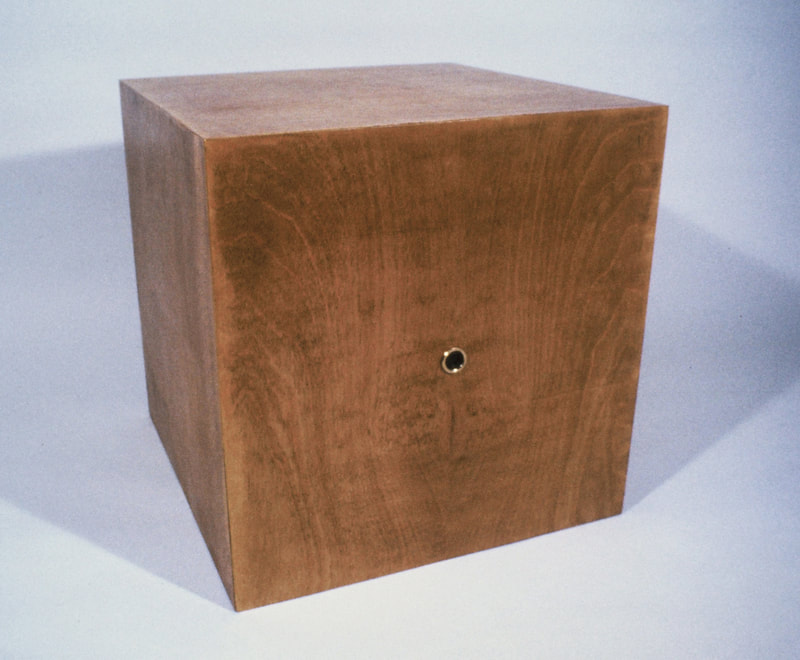 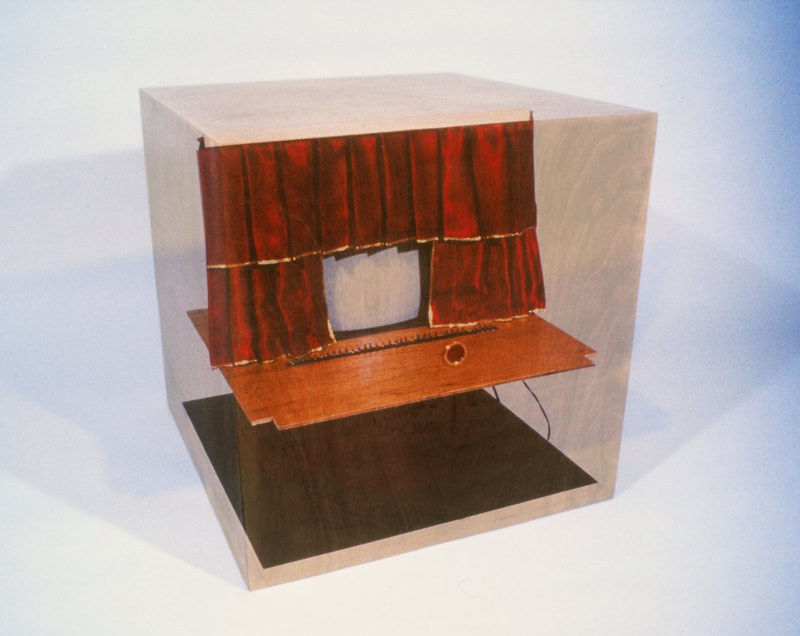 ​The Video Nickelodeon is an homage to film nickelodeons of the early twentieth century. From Wikipedia: "The nickelodeon was the first type of indoor exhibition space dedicated to showing projected motion pictures. Usually set up in converted storefronts, these small, simple theaters charged five cents for admission and flourished from about 1905 to 1915."  In this version of a nickelodeon, inside a box with a wide-angle peephole, a television monitor, framed by a miniature proscenium with curtain and footlights, plays a video of Laurie tap dancing to a Fats Waller piano composition. The peephole lens installed in the front panel of the box creates a sense of unexpected and perception-altering depth presaging virtual reality. The Video Nickelodeon is another expression of "visual decoy" (see Surveillance). The viewer approaches the work, expecting a particular experience, and encounters content that is unanticipated. 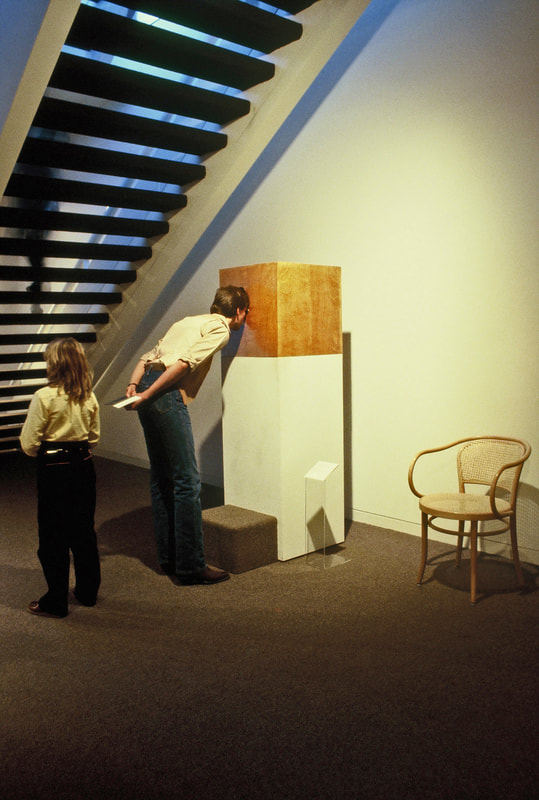 The Video Nickelodeon at the San Antonio Museum of Art, "Off the Wall", 1981